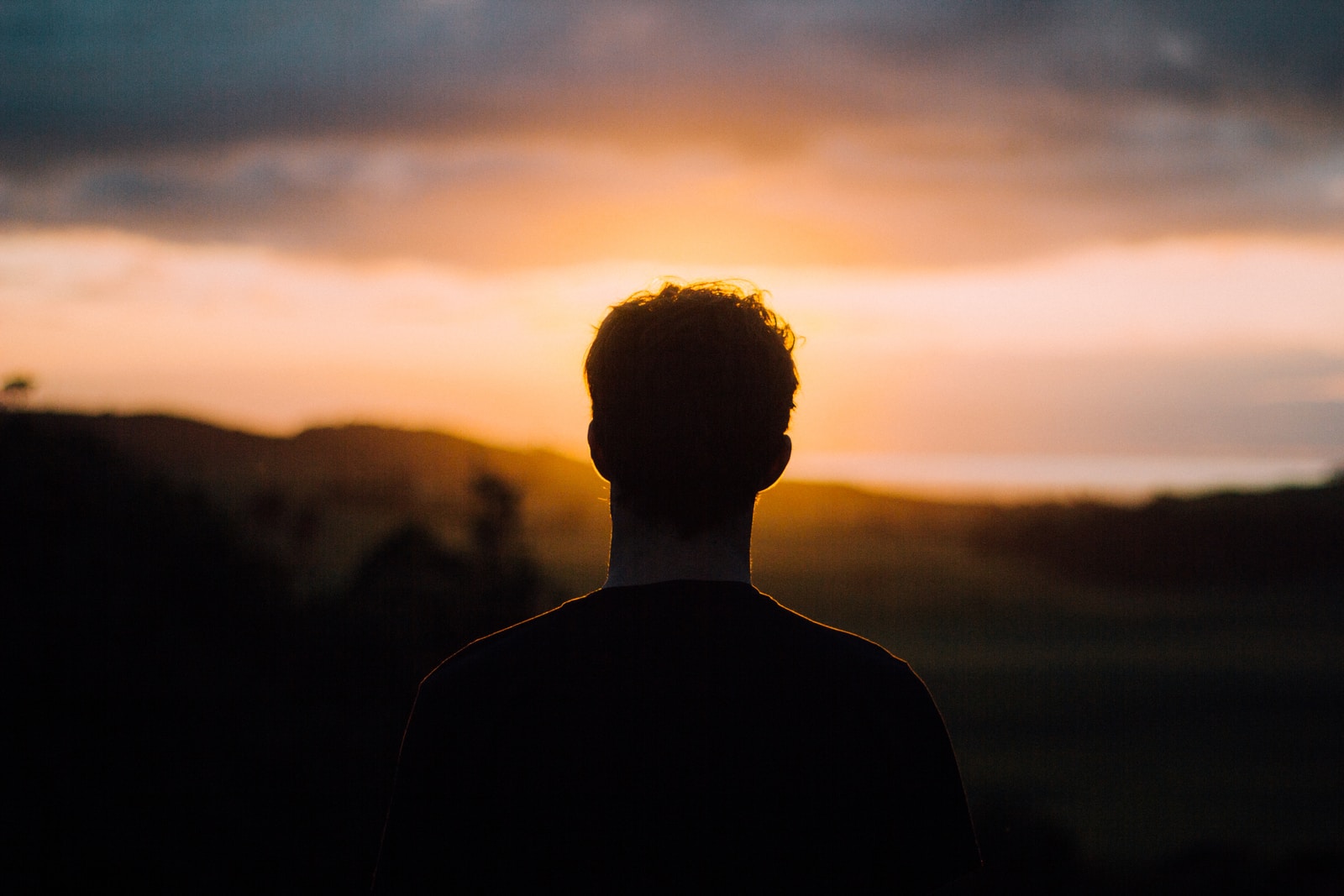 Whenever a ‘new’ test comes to medicine, it has always been quite rightly challenged by the medical establishment.  Within medical practice, when we are dealing with important diseases, large-scale clinical trials, centrally funded by the NHS, will usually verify the validity of that test.  The outcomes may not be easy to measure but in the end, with properly constructed, randomised, prospective and ‘blinded’ trials, we usually get the evidence which we need.

So what would this mean if we applied the same ‘rules’ of evidence-based clinical trials to DNA fragmentation tests? Let us look at what we as doctors trying to help infertile couples would have to do and say to our patients.

And so I think that such a truly ‘evidence-based trial’ would need 2000 couples and would probably take five years to complete.

So it is just not going to happen, and therefore we have to work with what we have got, which is low-grade retrospective evidence based upon small clinical trials, often using different tests and different outcomes.

So where are we now?

Well, it is a bit like the varicocele story.

Those of us who were in practice before IVF and ICSI, yes, that’s me, accepted that having a varicocele, or a large collection of enlarged veins around the testicle, was likely to cause infertility.  This was based on the simple observation that whilst 12–15% of men had a varicocele, this rose to 40% of those men with infertility or subfertility.  Moreover, we actually measured the scrotal temperature of men with varicoceles and found that the varicocele caused a 3°C rise in temperature.  The result was that we repaired just about every clinical varicocele!  Treating varicoceles went out of fashion for the next 25 years after the introduction of ICSI, but is now being ‘reinvented’ because we can now relate the size of the varicocele to raised DNA fragmentation, and we can measure the improvement in fragmentation after successful varicocele treatment.  The same sort of story has happened with DNA fragmentation tests themselves.

Sperm DNA fragmentation tests were developed 25 years ago, just as IVF and ICSI were beginning to shape and dominate the fertility market.  Although it was obvious that poor-quality DNA in the sperm was associated with couple infertility, the ‘solution’ was clearly seen as ICSI for all.

By the turn of the millennium, the fertility world was clear and polarised.  Scientists studied sperm but did not treat patients.  Urologists tried to find sperm and correct obstruction, and the business of helping men to become fathers was entirely the domain of gynaecologists and fertility units.  And so it came to be accepted that the treatment of male infertility was a cycle of ICSI.  This view persisted for the next decade until the scientists began (dared!) to suggest that the level of DNA damage in the sperm might actually influence the outcome of a cycle of IVF or ICSI.

And so it was not until about 2010 that DNA fragmentation was even considered relevant to clinical practice.  Some scientists then commercialised their own DNA fragmentation tests.  Don Everson in North America demonstrated with his SCSA test that high levels of sperm DNA fragmentation were related to lower natural conception rates, and Sheena Lewis in Belfast suggested that ART outcomes might be related to different thresholds of DNA damage and might therefore explain the reason for failed cycles.  It was this observation, repeated in Australia, South America and Europe, which ‘sold’ DNA fragmentation tests to the fertility units, and once this had happened the floodgates opened and a new therapeutic area for infertile males dawned.

To begin with, and we have got to about 2015, the fertility units, not unreasonably, responded to high DNA fragmentation results by searching for better sperm selection methods.  When IVF inexplicably failed and fragmentation levels were high, the response was ‘don’t worry, ICSI will sort it out’.  Meantime, scientists and embryologists explored new ways of better sperm selection.  Higher magnification of sperm (IMSI), adherence of better-quality sperm to proteins (PICSI) and the use of microfluidic channels to select the most motile sperm which might contain the best DNA were all explored.

All of these approaches were valid ‘scientifically’ but were, for the same reasons outlined above, impossible to truly validate clinically.  In the UK, the HFEA regarded these procedures as add-ons (in itself a rather pejorative term if you are the patient) and it remains impossible to measure the benefit of these advanced sperm selection techniques.

Meantime, the patients were asking how they might improve their DNA fragmentation, and fortunately quite a lot was, and is, known about this.

What is known about sperm DNA fragmentation?

Everybody knows that smoking causes most lung and respiratory tract cancers and that it is associated with many other cancers throughout the body.  Therefore, it should come as no surprise that smoking is the principal correctable cause of sperm DNA fragmentation.

Many of the other causes of poor-quality sperm DNA are mediated by a state of ‘oxidative stress’, to which the sperm in the genital tract are exposed.  These chemicals, also known as free radicals, damage the lipid (fatty) protective jacket on the sperm head.  These free radicals are increased by heat stress, hence the relationship to varicoceles.  They are also generated by inflammatory conditions both within the genital tract and more generally in the whole body.  Although, when you think about it, it may not be surprising that a generalised inflammatory condition, like rheumatoid arthritis or colitis, might be associated with reduced fertility, obesity is less obviously in the same category because it too causes higher levels of inflammatory chemicals called cytokines.

There is also a relationship between inflammation in the genital tract, the testicle, the epididymis and the prostate, and with sperm quality.  These relationships are complex, depending upon the site of the inflammation and upon the type and balance of micro-organisms which might be present.  The whole concept of a microbiome, or collection of symbiotic organisms which either protect or damage fertility, is a very active area of research.  It is all about whether certain combinations of bacteria cause inflammation in the parts of the genital tract in which the sperm are present for longer than a few minutes (at the time of ejaculation).

Finally, probably the most important thing about DNA fragmentation is when it is intrinsic, or fixed, and therefore not amenable to improvement.  For example, we now know after Don Everson’s excellent work on 25,000 sperm samples, that there is a clear relationship between DNA fragmentation and male age.  Sperm DNA fragmentation begins to deteriorate at the age of 30, so we really were designed to breed young!

We also know from studies on very large numbers of men who have fathered children in later life that there is a definite, though very small, incidence of neuropsychiatric disorders, probably linked to DNA quality of sperm.

So I have developed the view that when male factor infertility is in question, the majority of men should have a DNA fragmentation test.  The question is not so much whether it should be done, but when.

When to do a DNA fragmentation test

Typically, especially in the UK, the first part of the fertility journey just involves the woman, but it should also involve, sooner rather than later, a semen analysis.  When all the investigations are normal or near-normal, and especially when the couple are in their early thirties or late twenties and the cause is unclear, then the diagnosis is ‘unexplained infertility’.  Usually, the accepted reaction to this rather unsatisfactory unexplained ‘diagnosis’ is to suggest IVF or ICSI.

And here is a genuine dilemma.  The couple understandably just want, as they see it, the fastest route to having a family and the fertility units want to help them to this objective, and this first cycle may well be NHS-funded.  On the other hand, a DNA fragmentation test might explain the unexplained, and further investigations might reveal a treatable cause.  All of this, however, will necessarily cause delay and expense.

So what do I think about this dilemma?

I think, but there cannot be a ‘rule’, that the younger couples generally benefit from further tests, as they might avoid IVF and ICSI, but with the older couples the decision is more difficult and they may well prefer to move more quickly to a cycle of treatment.  Should this cycle produce less than satisfactory results, then I think that a DNA fragmentation test becomes more important.

A similar dilemma exists with established male factor infertility, because the question in those cases is not so much ‘can we avoid ART?’ but more ‘can we positively influence the outcome of ART?’.  This question is hotly debated but I think that the arguments are beginning to weigh on the side of further testing.  At least, or at worst, we have a better understanding of the couple’s situation when we investigate it more deeply.

Another diagnostic area for discussion relates to (early) recurrent pregnancy loss (RPL), or miscarriages.  Although there is a clear relationship to poor DNA fragmentation, this is by no means the only cause.  If ever there was a case for a multidisciplinary approach to a problem, this is certainly it.

So in conclusion, DNA fragmentation measurements are certainly not a ‘red herring’ but I predict that thorough testing of sperm quality, and further investigation and examination of the male will become universally accepted over the next five years.  This is because it is not only that these investigations relate to the male’s fertility, but also, and equally importantly, they may also relate to the future health of the male and indeed to the future health of the next generation.