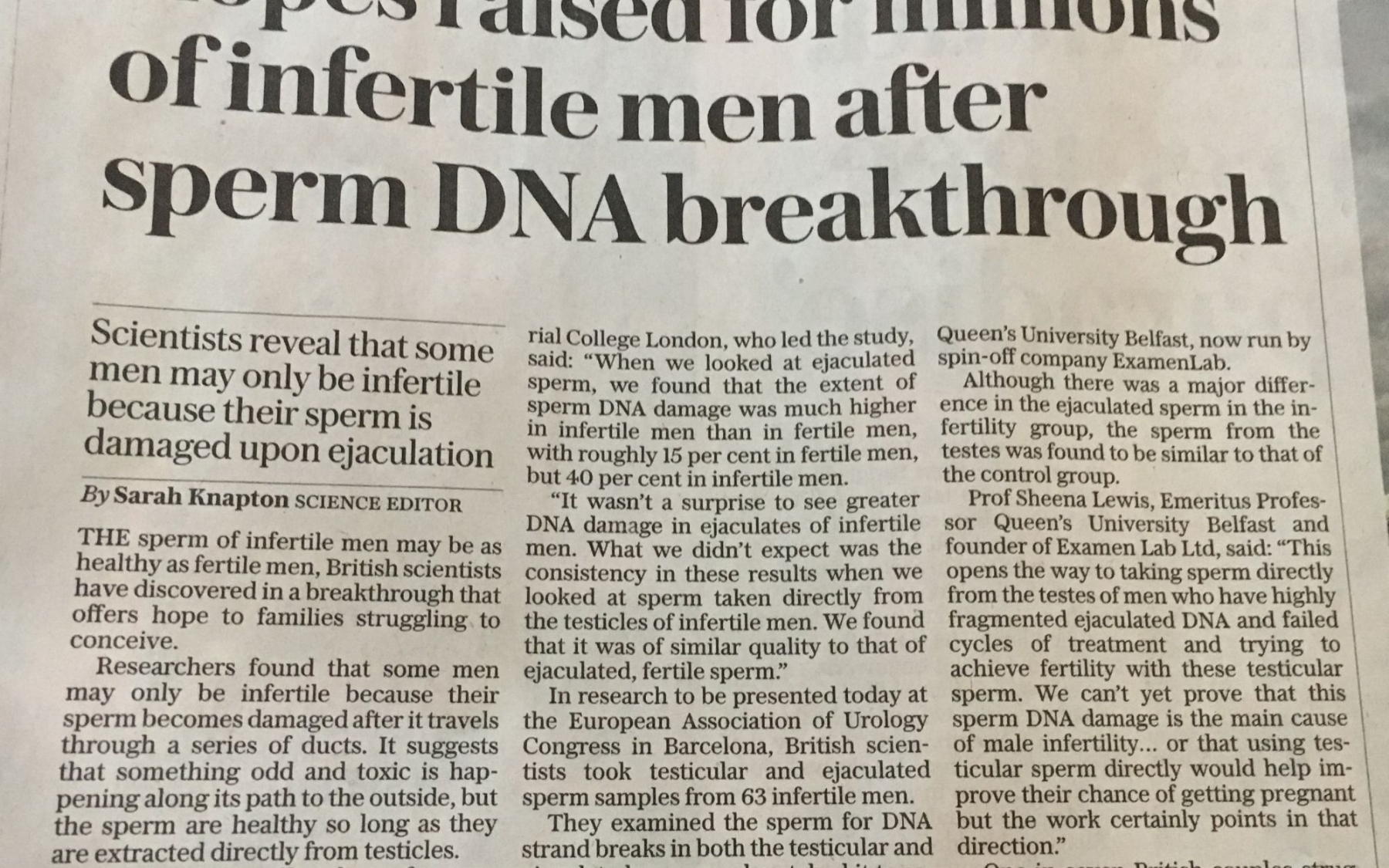 March: In the News

March: In the News

March 2019 saw some great news in the papers across Europe, including the Sunday Telegraph (image include), The Metro, The Independent, WebMD, La Stampa and La Repubblica.

It followed a study that I led, that identified that harvesting sperm before ejaculation may help infertile men.

The research found that the sperm of infertile men is every bit as healthy as fertile men while it is still in the testicles. The issue can lie upon ejaculation, where the extent of sperm DNA damage was much higher in infertile men than in fertile men. It opens the way to taking sperm directly from the testes of men to achieve fertility.